This May Take Awhile

And I'm not joking around!

Tonight after work, I decided to tackle the black hole in our house.  Namely, the attic.


It has served us well over the years.  We've lived in this house for just about 25 years now.  Ron installed an attic ladder shortly after we moved in.  He put up cut pieces of particle board to serve as flooring.  Most of them are nailed down in place so that we could store stuff up there, out of the way, in a place that rarely sees sunlight (or us).  Of course, some of it is seasonal like the fake Christmas tree pre-strung with lights.  Most of it, however, is just simply junk!


I was up there tonight for two and a half hours.  And I barely touched the surface...  I did manage to get one small area free of clutter.  I went through piles of boxes, some containing nothing but the protective styrofoam for an item we either don't have anymore or we have used it so much we wouldn't dream of life without it.  I went through bags of snow shoes and gloves, some so small it could only mean it was one of the kiddos from years past.  I went through old framed photos, only one of which I'll bother to scan for memory sake.  There are three chairs up there that once belonged to my grandmother who passed away decades ago.  I could've sworn there were four chairs...   I toted the wet/dry vacuum up there once the area was clutter free.  That layer of dust had to go!

While taking items down the ladder, I made three rows to separate stuff.  The first row contains items to be added to my facebook Virtual Garage Sale.  Among the items are skis, snow boots, a fishing tackle box, a Coleman stove, canning jars & three chairs.  The second row is box upon box upon box.  We have a bad habit of keeping boxes just in case we want to return the item.  Problem is, the box gets sent to the black hole.  The third row is keepers.  There's an old "101 Dalmatians" comforter that will get washed and added to the VGS pile, packing peanuts which will go to the shop, a plastic water jug and framed photos.  Thankfully this is the smallest row.
I did not get to the back attic space yet.  I'll take on that mess another evening.  Or maybe tomorrow if I'm feeling up to the challenge.

Email ThisBlogThis!Share to TwitterShare to FacebookShare to Pinterest
Labels: purging 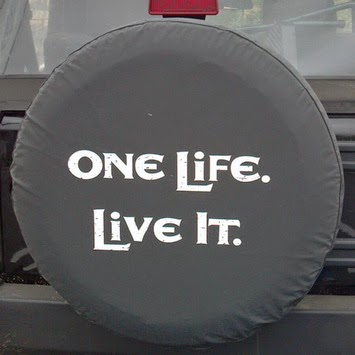